Stuart W. Bedford | 99min | Horror | 2016 | UK
Christmas Day: a time for family; for caring, and sharing. Unless you’re on the streets. Sam’s unquenchable sense of compassion leads him to invite homeless war-veteran Jon into the home that he’s created for himself and his rag-tag group of companions within a disused courthouse. But they’re being watched from afar by three vicious and faceless psychopaths in Santa suits.
As festivities commence, it seems that Sam has successfully created a haven for the group of ragged; a makeshift family with whom to share this lonely time. But one resident in particular needs Sam more than most: recovering heroin addict Roxy. She is just beginning to see the world with new eyes. But before she can experience it, she may face a crucible more deadly than any she’s faced before: The Santas. They lock the place down, laying festive traps around the bowels of the building; a deadly Christmas game. But even as they romp in the carnage, each Santa seems to have his own ideas on how their sick game should be played.
Christmas Day: a time for slaughter; a time for betrayal, and redemption. A time to be baptised in the horror. Who will live? Who will die? One thing is certain: Christmas is cruel to the poor. 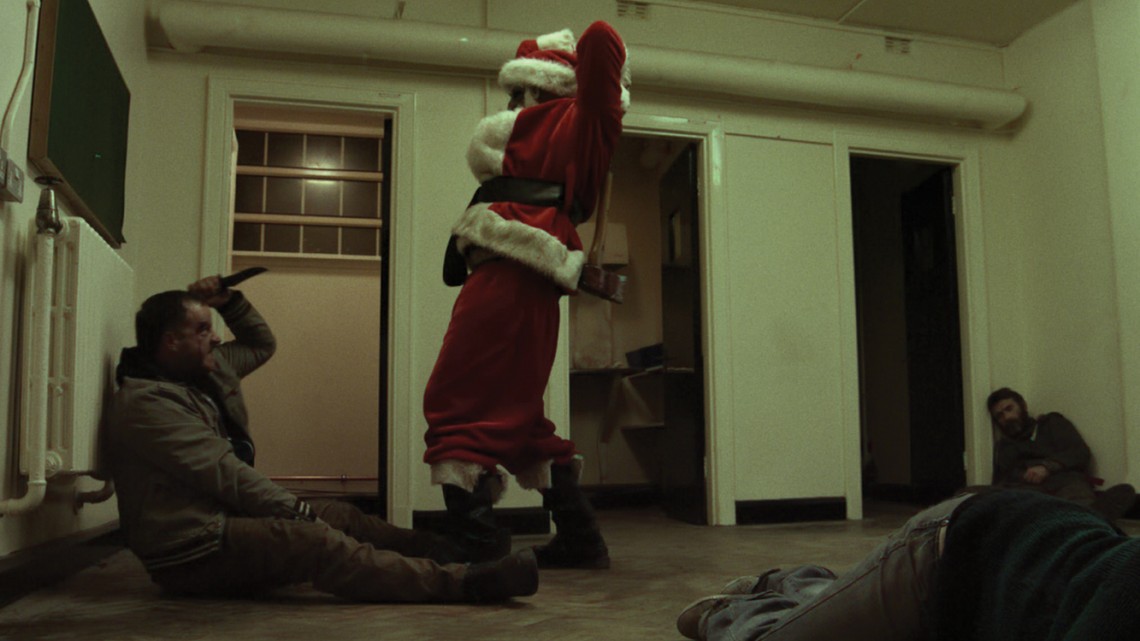 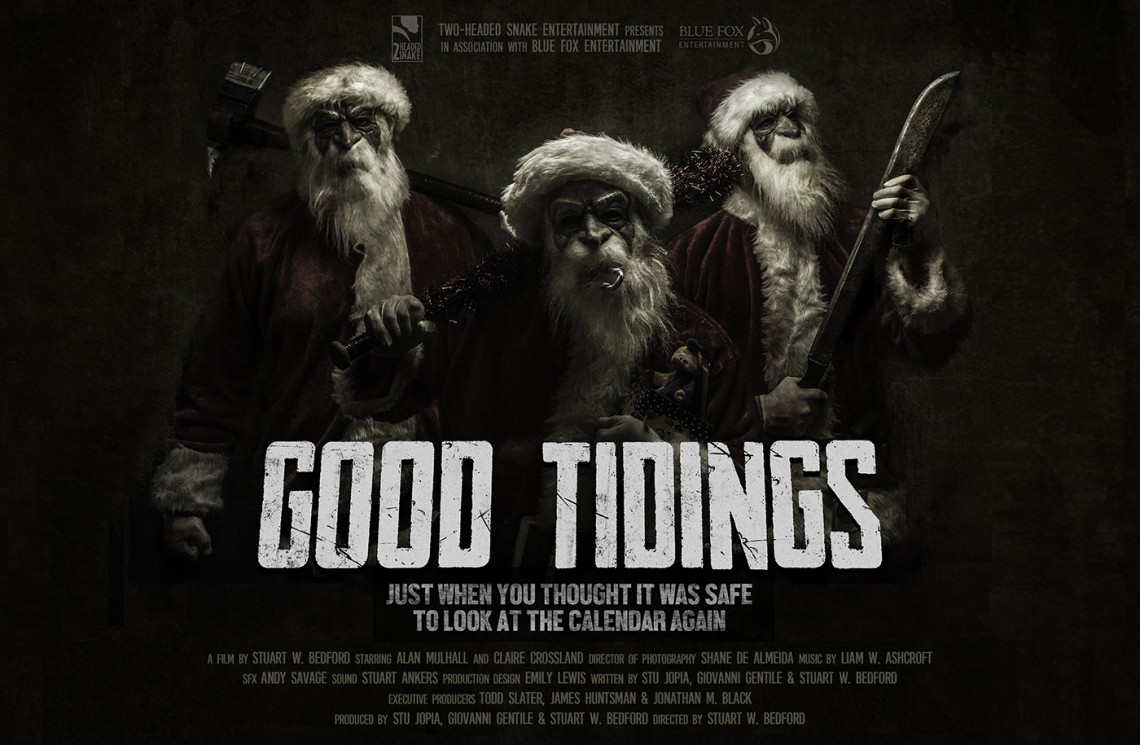